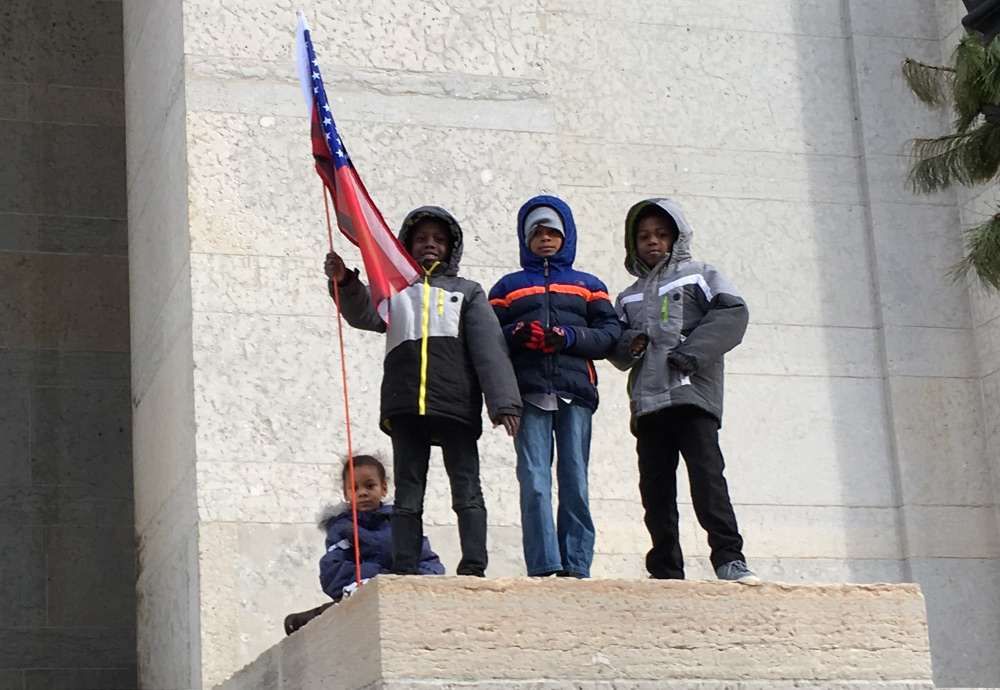 The day went very well. We were received and listened to by Katie Eagan at the Ohio GOP office, Sarah Ries at the Franklin County GOP, Jason Knox of Senator Portman’s Office, and Dave Ward of Governor Kasich’s office. We asked them to ask the officials they represented to endorse the following:

Ohio Republicans showed courage and independence prior to the election by speaking out against divisive rhetoric, racism, sexism, and religious intolerance. Thank you for your leadership during this important moment in our country’s history.
We are asking you to speak out again, before it is too late.
Several of the incoming president’s advisors have proven themselves willing to profit and draw political gain from aiding and abetting those who preach hatred. We are gravely concerned that such people comprise the inner circle of an inexperienced government leader.
We, therefore, are asking you to endorse the following statements:

We hereby decree Wednesday, December 21, 2016, to be Encouragement Day to show Ohio leadership that the people of Ohio support you whenever you place human dignity and American values at the forefront of your decisions.

We ended the day with this speech on the statehouse steps: