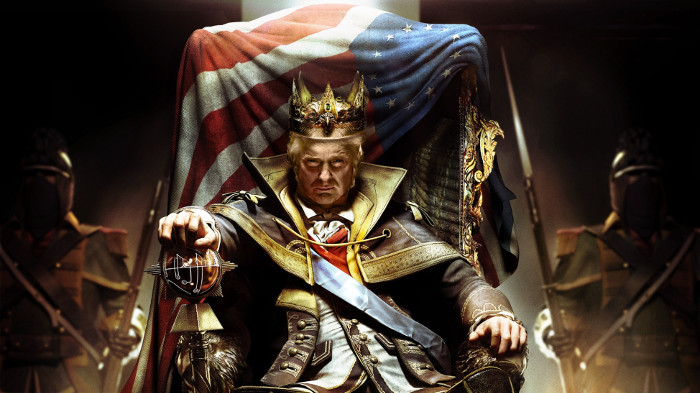 “If deliberate, it would be treason.” – Elliot Cohen

Update: As of 5/15/17, multiple credible sources are reporting that Trump volunteered top secret information to a Russian spymaster, endangering a critical American source of classified intelligence.  This is an impeachable offense under any reasonable standard –acting in direct opposition to American interests on behalf of a hostile nation.

I hate to waste any more virtual ink or valuable blog space on Mr. Trump and his daily outrages, but this is important.  On Wednesday, President Trump fired James Comey, director of the FBI, not long after Comey asked for more resources to investigate ties between Trump’s administration and Russia.  Comey is only the second FBI director ever to be fired, the first to be fired without serious allegations of wrongdoing, and the first to be fired while investigating the president.  Make no mistake, there is no legitimate reason for this action at this time –the only possible motivation that makes sense is to impede the Russia investigation, and there is no possible reason to impede the Russia investigation unless it is on the verge of uncovering serious evidence of treason.

I know we’ve all reached a state of fatigue with Trump, and protesting Trump, but this is significantly different than what we’ve seen before.  Things like (ruining) healthcare, (deporting) immigrants and (accelerating) climate change had deep and significant impacts on millions, but they are policy changes, and they can be reversed.  But removing the head of a independent agency charged with protecting America’s interests to prevent discovery of one’s own wrongdoing is a structural change to America’s already fragile checks and balances of power.  If it isn’t stopped immediately, it could be the first in a line of dominoes ending in the end of the American experiment in democracy.

Say what you will about the founding fathers, they had a healthy paranoia about tyrants, dictators and would-be kings that has generally served the nation well.  But the system is only as good as the people who compose it.  The astonishing spectacle of the American Congress allowing the nation to be subverted by hostile foreign interests is as astonishing as it is dispiriting.  But Congresspeople have only ever had the courage of their constituencies.  The Congress is charged with action on our behalves, but unless the American public makes their will known, that august body has demonstrated that it will act only with the most craven and cowardly calculations of narrow and short-sighted self-interest.  So this is a time to act.  Contact your congresspeople, march, protest.  Tomorrow may be too late.